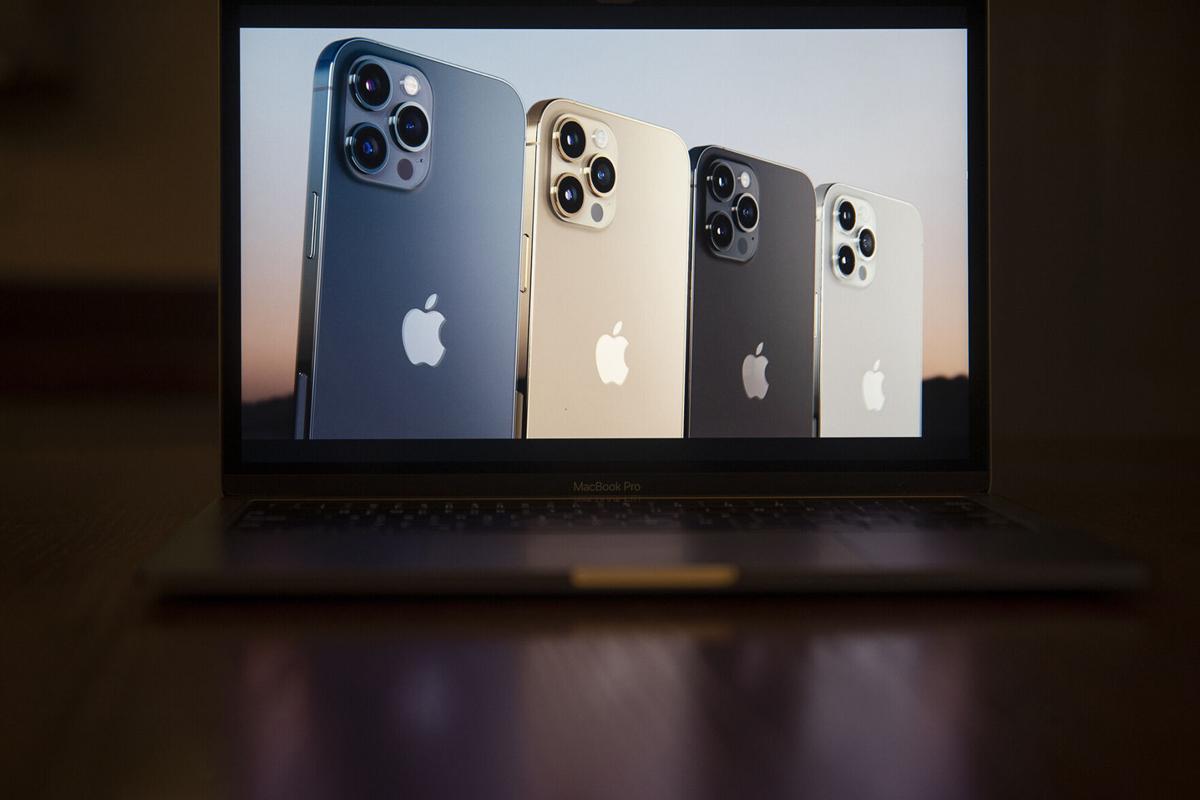 The Apple iPhone 12 Pro Max is unveiled during a virtual product launch seen on a laptop computer in Tiskilwa, Illinois, U.S. 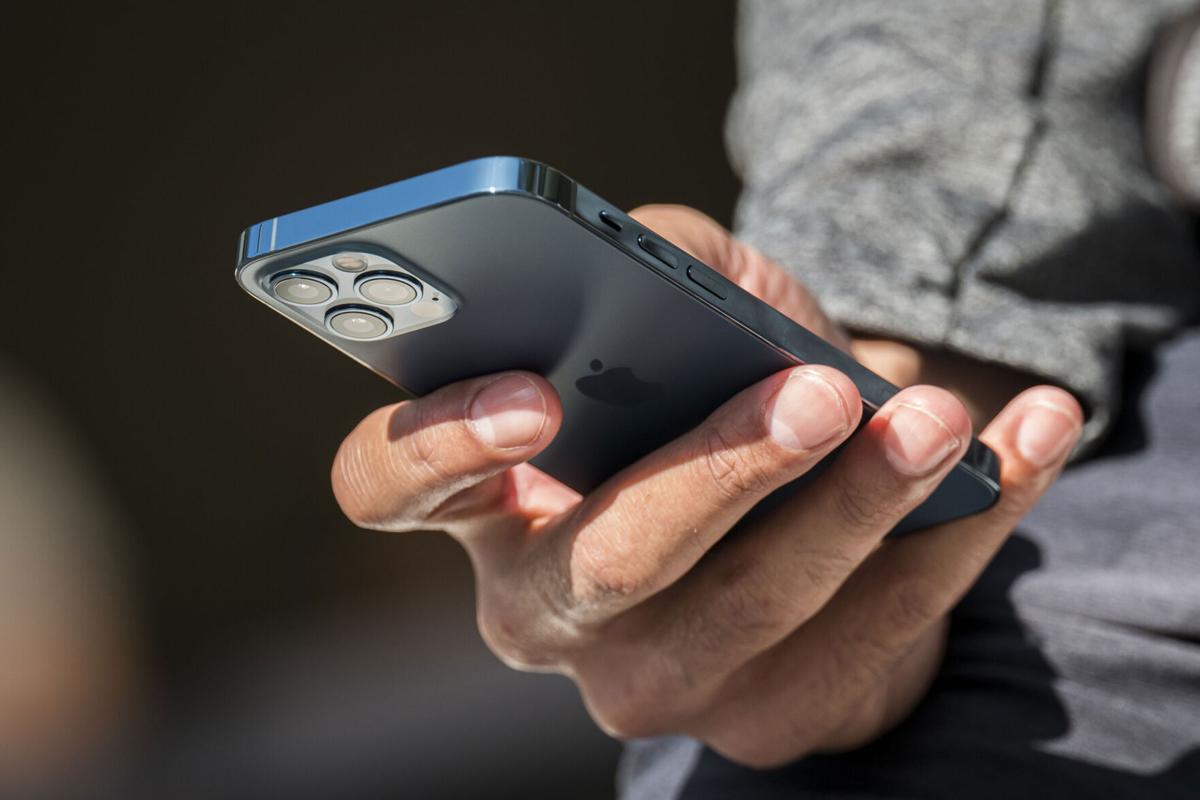 Allstate tested the new iPhone 12 models' Ceramic Shield screen and found it to be the most durable smartphone display it ever tested — but it's not indestructible.

The insurance company tested the new iPhones through its breakabiilty drop tests, which include dropping the devices on a rough sidewalk from six feet high. Apple said the new Ceramic Shield technology provides up to four times the drop protection on the screen than previous models. The phones were dropped face-down, on their backs and on their sides.

Allstate discovered that the iPhone 12 and iPhone 12 Pro's flat design appears to improve the phones' durability when they are dropped on their rear panels. But that doesn't mean either model was shatterproof.

iPhone 12: What you need to know about Apple's new 5G phone lineup

When dropped face-down, the iPhone 12 Pro cracked across the lower half of the shield screen. The iPhone 12 suffered only small cracks.

None of the damage suffered by either device was catastrophic nor did it appear to affect the phone's functions.

Allstate concluded that both devices performed "considerably better" than the previous model, the iPhone 11. They also outperformed any other previously tested smartphone.

According to a survey by AllState Protection Plans, it found that 86% of smartphone owners reported using their phones as their primary photo and video device, while 80% said they don't need a separate digital camera anymore.

"The Ceramic Shield front is a huge improvement," said Jason Siciliano, vice president and global creative director at Allstate Protection Plans. "That said, both phones were damaged when dropped on a sidewalk. Given their hefty repair costs, we encourage everyone to use a protective case and treat their new iPhone 12 with the care you would give an expensive camera."

RELATED: Reviewing the best apps for staying in touch with friends and loved ones

Skype was one of the first video-chat programs, and it’s still one of the easiest and safest to use. Download the app to your smartphone or computer and, once you have a Skype account, you can start a video meeting and invite Skype contacts or share an automatically generated URL via text or e-mail. You can video chat with up to 25 people. Mobile and desktop users can screen-share and record and access subtitles of the conversation. Security is top-notch: Skype notifies participants when a call is being recorded and generates default file names that aren’t easily searchable.

If you’re looking for a program that can meet both social and professional needs, consider Google Hangouts. You’ll need a Google account, but you don’t have to be a G Suite customer in order to access group video chats with up to 25 people. During the call, you can toggle among users to choose which person has the largest display at any time. There is also a text feature on screen, so you can type to chat during the call, but there’s no video-recording feature. Download the Hangouts app for iOS or Android (also available at Google Play).

FaceTime, which is included with Apple devices, is a quick and easy way to connect with family and friends, and it supports video chat with up to 32 people. The speaker’s image enlarges automatically during a call, which can help you keep track of who’s talking. The downside: You’ll need an iPhone 6s or newer, or another newer-generation Apple device, to participate in group calls with video. Older devices that support iOS 12.1.4 will join group FaceTime calls as audio participants.

Popular when it launched in 2016, House Party has made a comeback in the era of social distancing. You can video chat with up to eight people and enjoy such features as on-screen games or screen sharing. But the program displays only a grid view, and the privacy policy doesn’t state whether calls are encrypted. You can download House Party for iOS or Android, or go to the website.

Zoom may come to symbolize the zeitgeist of our shelter-at-home moment. Anyone can sign up for Zoom on its website and download the software to participate in video calls with as many as 100 people. But we gave Zoom fewer stars because the free version has a 40-minute time limit on group calls. And Zoom has had trouble with hackers (known as zoombombers), who have added embarrassing content to group chats. Plus, hosts can record without users’ consent — although the program does notify users when they are being recorded. Thousands of Zoom videos were recently discovered online because saved videos are easily searchable. Encryption is available but must be enabled.

A look at 5 fun accessories for the iPhone 12

With any iPhone launch comes the fun of getting accessories to dress them up and keep them protected. And with the recent launch of the iPhone 12, there’s plenty to choose from.

The Apple iPhone 12 Pro Max is unveiled during a virtual product launch seen on a laptop computer in Tiskilwa, Illinois, U.S.