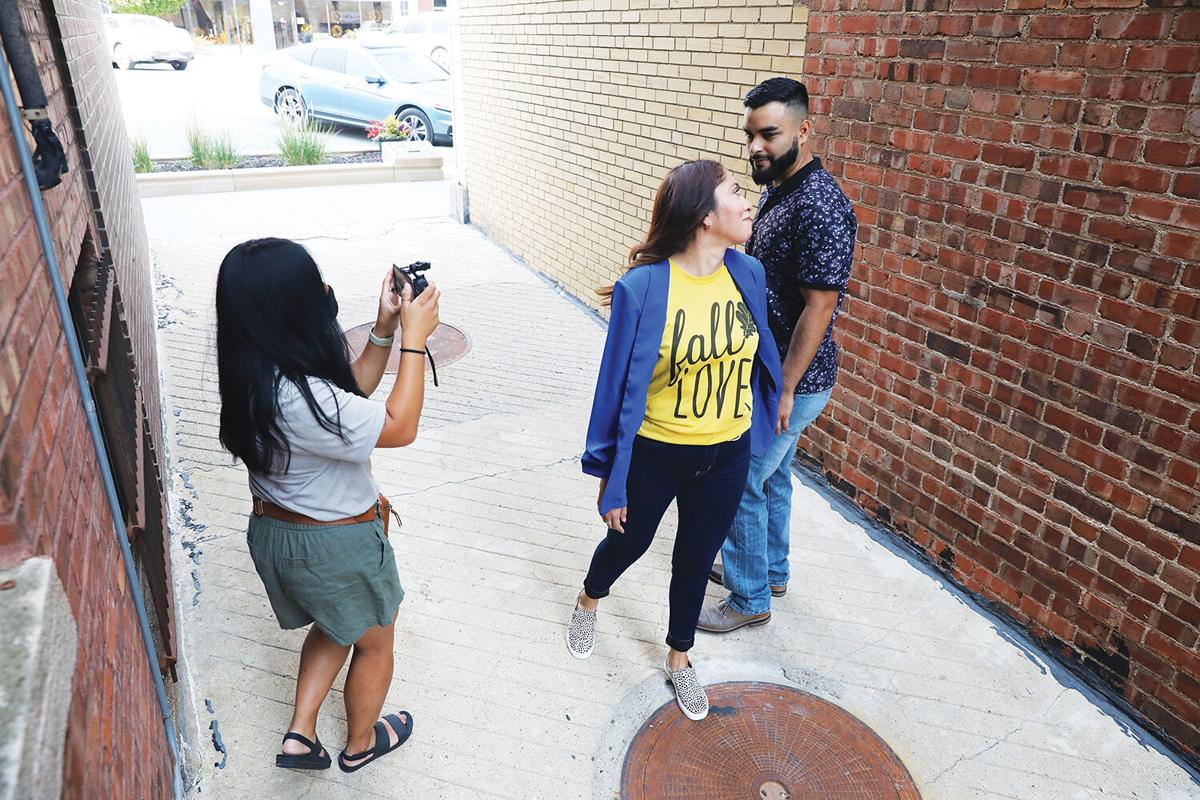 Visuals director/content producer Jenna Lambertz, left, rehearses models Jackie Gonzalez, of Des Moines, and Eric Cardenas, of Denison, prior to a shoot in the alley next to the Donna Reed Theater. Photo by Dan Mundt 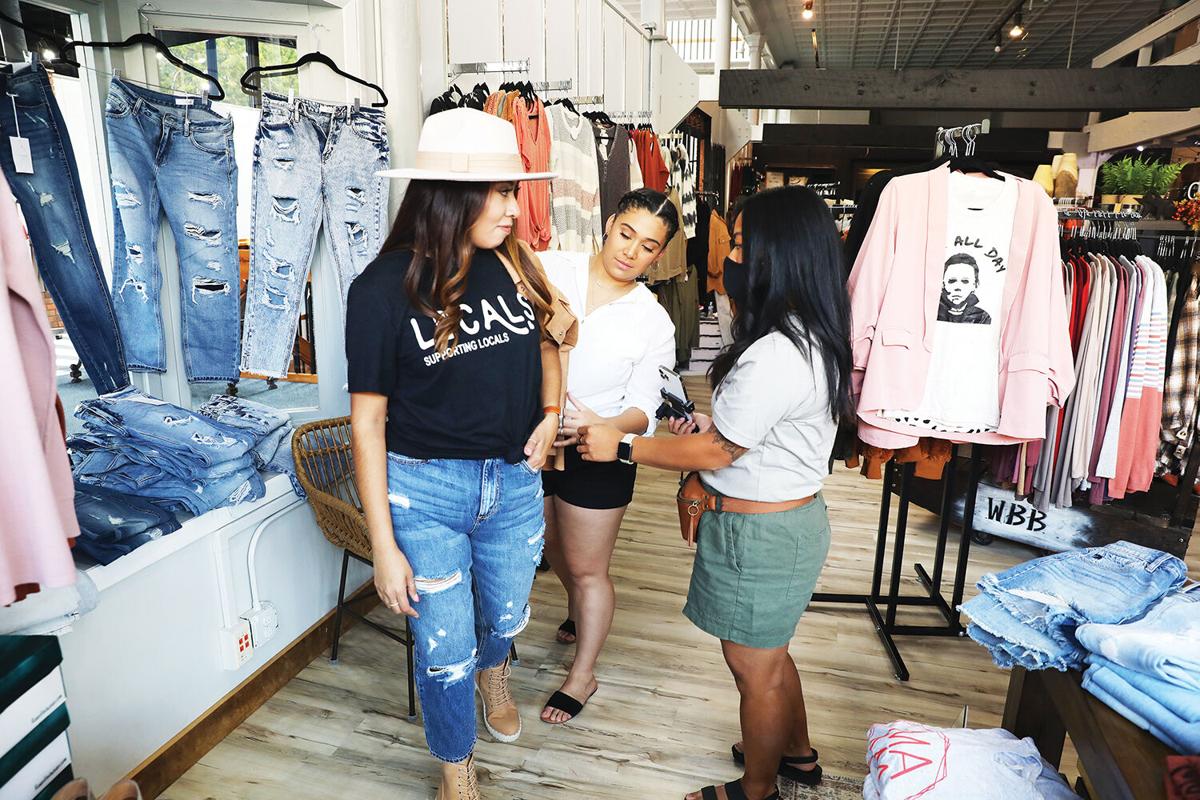 Project manager/creator Cynthia Banda and visuals director/content producer Jenna Lambertz discuss whether to add a jacket to model Jackie Gonzalez at the Totally You Boutique during the fashion show shoot on Saturday. 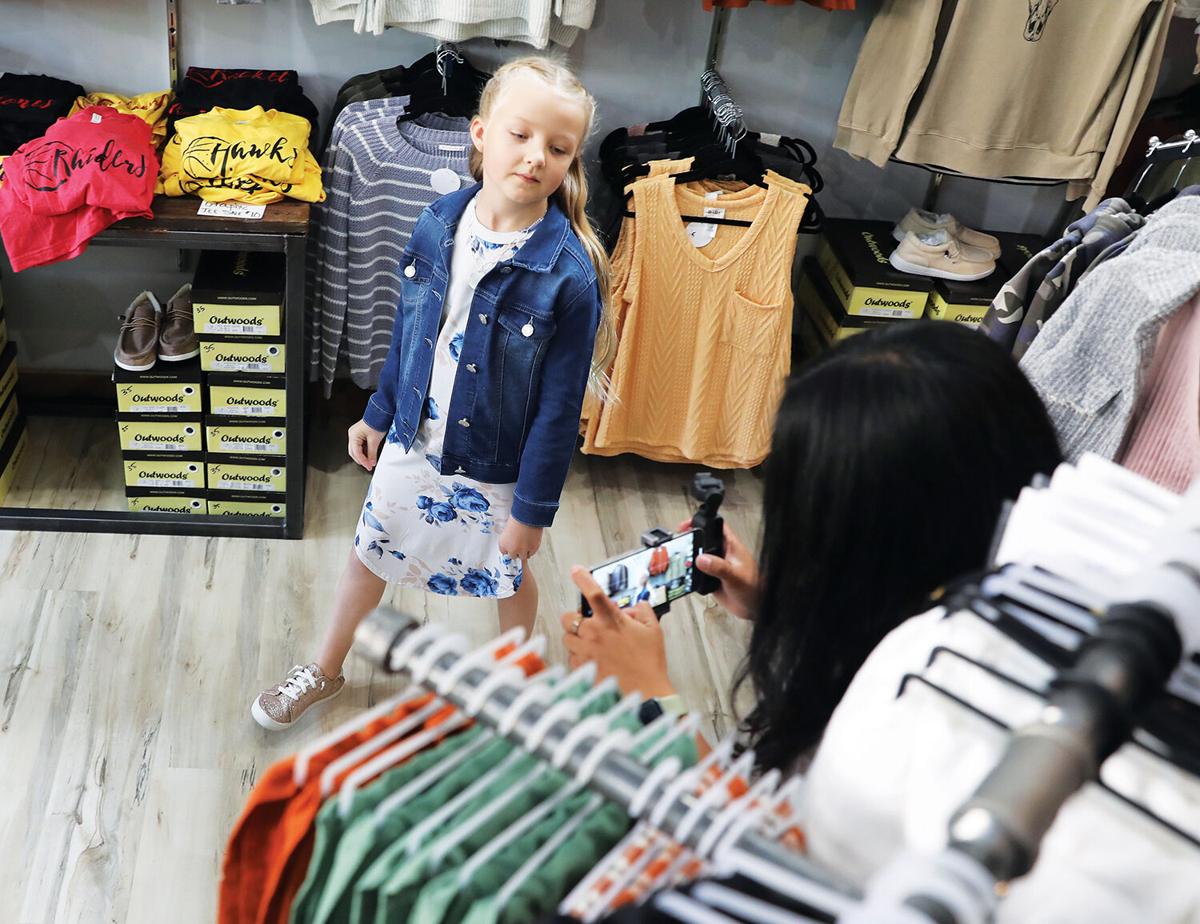 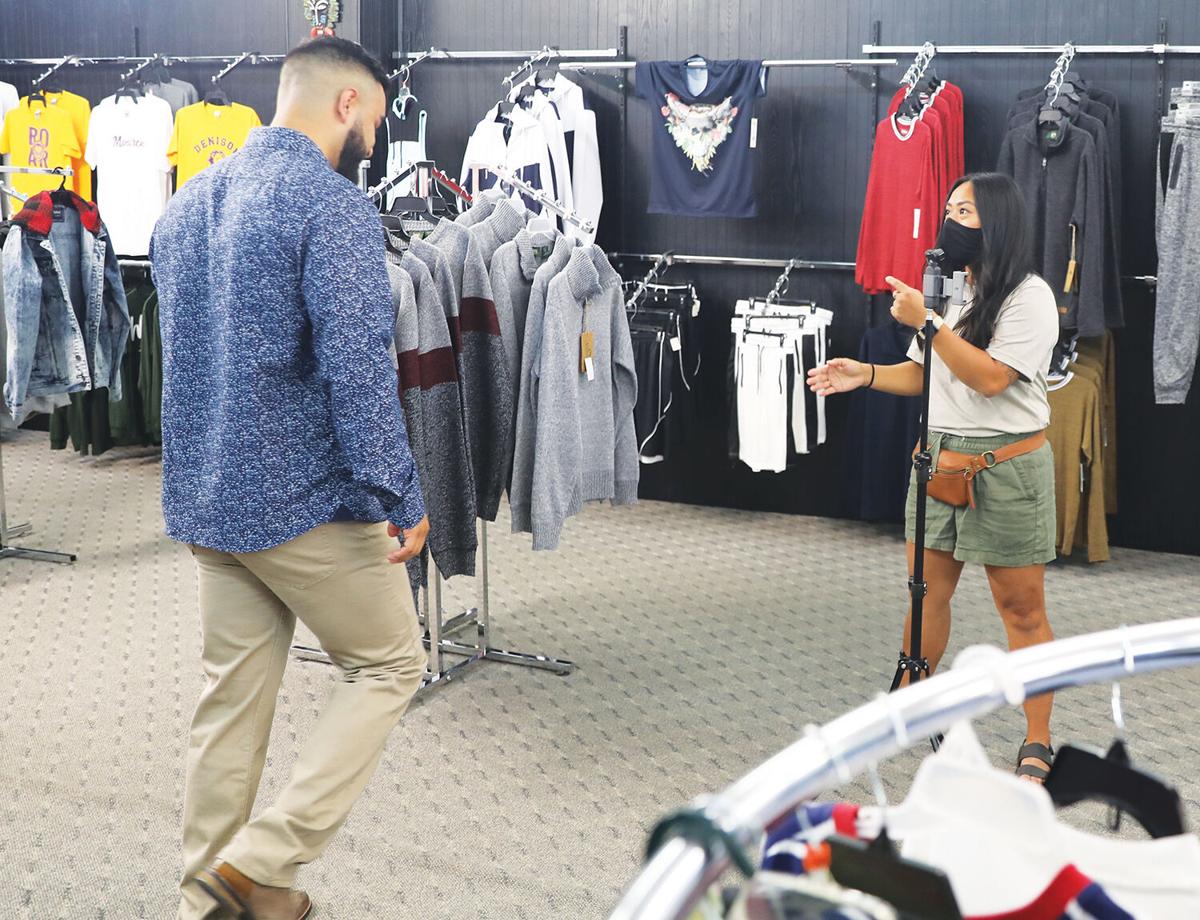 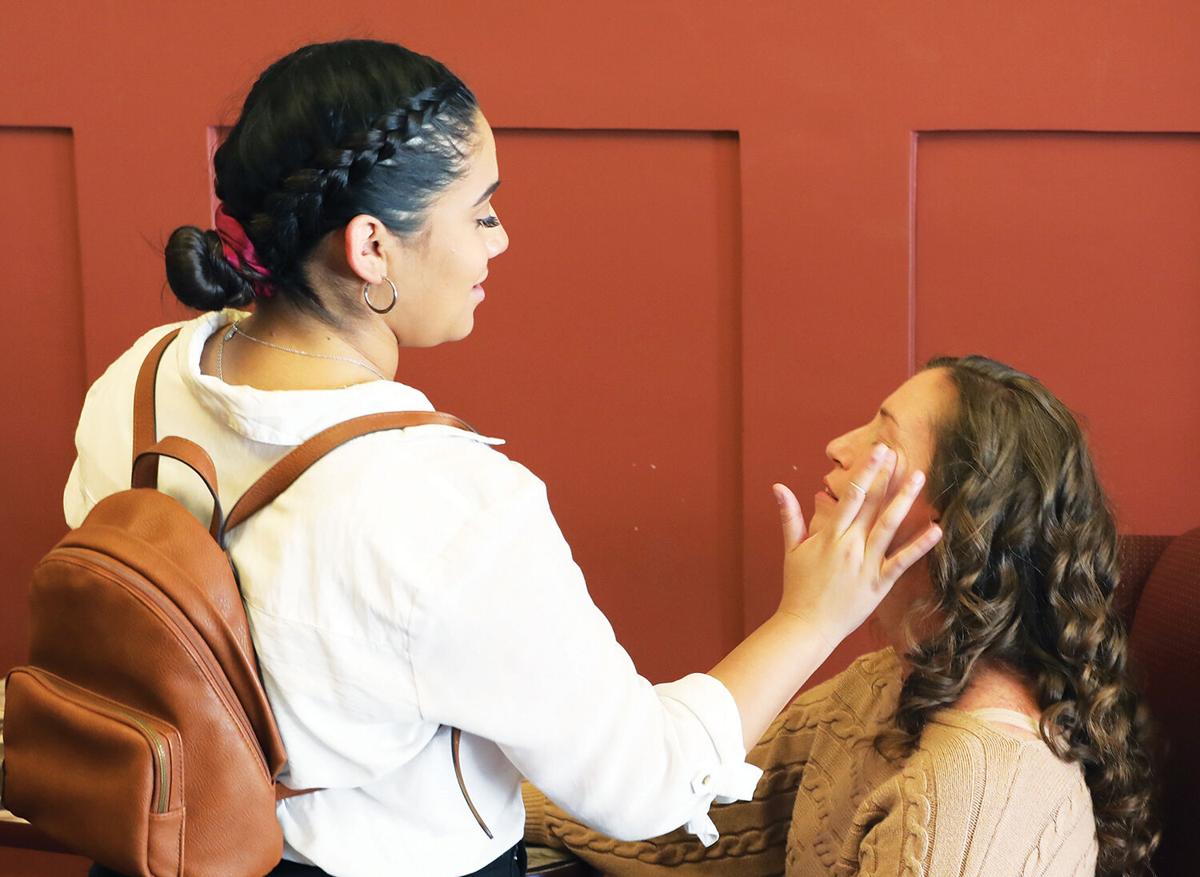 Several uptown businesses in Denison were the locations for the fashion video shoots on Saturday.

“Overall, I think we got what we needed and it went well,” Banda said.

Banda is the project manager/creator of the fashion show, which first took place in Denison in 2019 as a live production on the stage at the Donna Reed Theater.

This year’s show is of a completely different type.

Short videos are being produced at local businesses, with models showing off the clothing and accessories to be found there; the videos will be posted to social media.

Jenna Lambertz, of Lambertz Photography & Design LLC, is the visuals director/content producer for the project.

Banda and Lambertz are both donating their time to the project.

Saturday’s videos were shot at Totally You Boutique, The Male Room and The Boutique in Denison.

They had planned to shoot at Reynold’s Clothing, as well, but ran out of time on Saturday afternoon.

Banda and Lambertz worked out the ideas for each shoot beforehand: which outfit would work for a specific video transition, whether a model should twirl in a dress, which accessories should be used.

“We have it all mapped out,” Banda said.

She said the first day of shooting was a learning experience – and schedule adjustments will take place before the next shoot day.

On Saturday, each model had a time slot, but they may use a more flexible schedule next time to move the process along.

Lambertz did a good job working with the models, Banda said.

“She came in with a vision,” she said. “She does photography and film already; that’s why she was able to jump right in.”

Banda is still looking for additional individuals to work on makeup and outfitting the models, she said.

She ended up doing most of the hair and makeup work – and would like to be able to spend more time on the production side.

“It would help if we had someone to check if a shirt needs to be tucked in, or fix hair, or look to make sure no buttons are missing, or if the model is chewing gum,” Banda said.

The next production day will be September 19 at Common Threads Boutique in Dunlap.

A shoot will take place at several businesses and at Denison High School on October 2.

The last shoot day will take place on October 3 at a home in Denison and at The Stables at Copper Ridge.

Lambertz plans to release the finished videos to the participating businesses on October 11.

A showing of all the videos will take place at a later date.

UN secretary general says 'the world must wake up'

UN secretary general says 'the world must wake up'

The long haul: Steffen makes her way back from COVID

At the end of July 2020, Lisa Steffen thought she had a case of bronchitis but when she went for a test, it turned out she had COVID-19.

Mass of Christian Burial for Luz Maria Jaime Sanchez, 53, will be conducted at 10:30 a.m. Saturday, September 18, at St. Ann Catholic Church in Vail.

Surrey with fringe on top (and other items) needed

Visuals director/content producer Jenna Lambertz, left, rehearses models Jackie Gonzalez, of Des Moines, and Eric Cardenas, of Denison, prior to a shoot in the alley next to the Donna Reed Theater. Photo by Dan Mundt

Project manager/creator Cynthia Banda and visuals director/content producer Jenna Lambertz discuss whether to add a jacket to model Jackie Gonzalez at the Totally You Boutique during the fashion show shoot on Saturday.