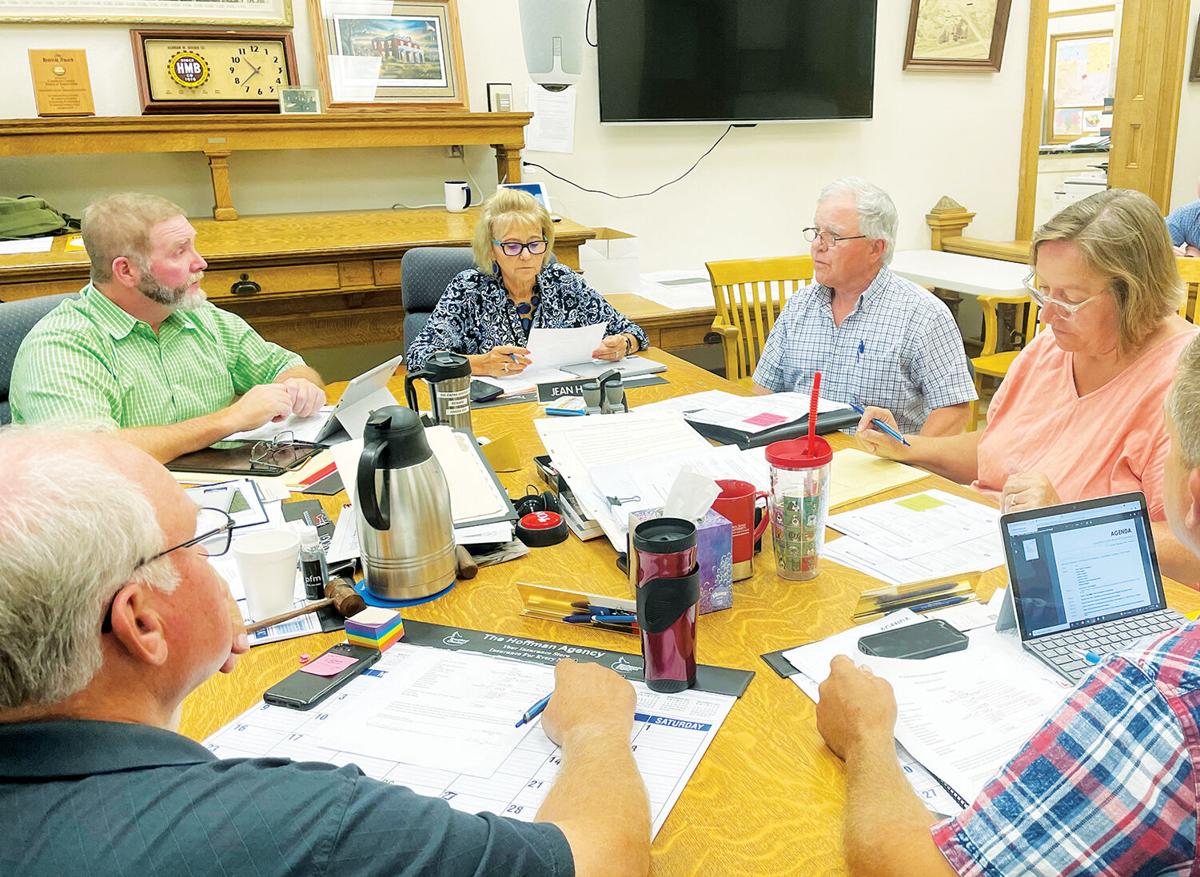 Denison City Manager/City Engineer Terry Crawford spoke with the board of supervisors on Tuesday about abating two parcels of land in Denison. Photo by Dan Mundt 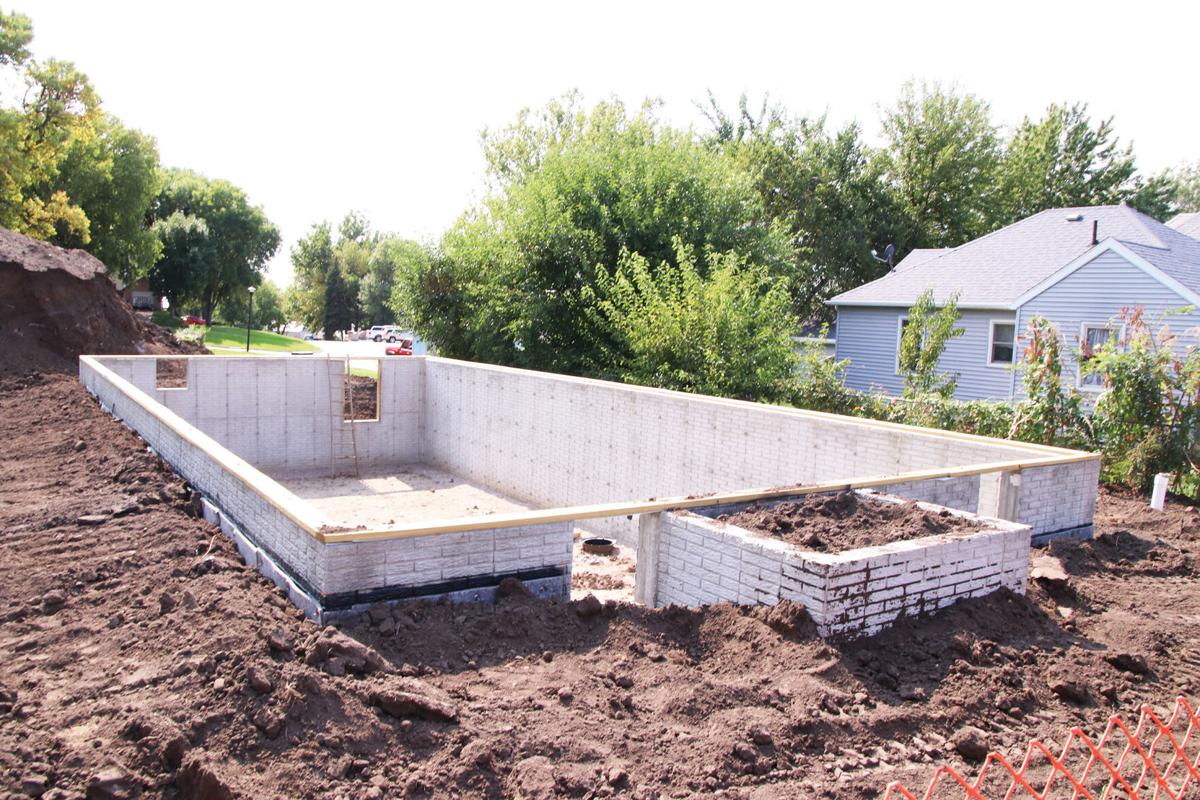 Pictured is the foundation and basement for the Homes for Iowa house project on Avenue C in Denison.

The Crawford County Board of Supervisors abated the taxes on two parcels of land in Denison on Tuesday.

The first was for the location of the City of Denison’s “Homes for Iowa” project.

The city requested the abatement of $82 in taxes that had accumulated during the fiscal year that ended June 30.

Taxes from previous years were taken care of when the city purchased the lot, Crawford said.

Homes for Iowa is an Iowa Prison Industries initiative through which homes are built near the Newton Correctional Facility.

Crawford said the Homes for Iowa project will likely come in over the original budget by about $8,000 – but still within the $155,000 the city budgeted.

He explained that when the project is complete, the lot will be back on the tax rolls.

The goal is to provide an affordable home for a low-to moderate-income family in Denison, he said.

Supervisor Jean Heiden, a member of the Denison Community Housing Agency, said the city is working with a multitude of government agencies to get grants and other funds to keep the price in the low- to moderate- income category.

“That’s our goal: to make it affordable,” Crawford said.

He said the city is not trying to make money on the project.

“We just want to get the money put back in our fund that we have into it so we can do one more next year – maybe two more next year,” Crawford said.

Heiden said the foundation for the home is in place and work is underway to prepare it for the arrival of the house.

Crawford said the initial schedule called for the house to arrive in November, but it may now arrive in October because another client was willing to have their home delivered later.

“Because we’re ready and they’re not,” Heiden said.

Crawford and the supervisors also discussed abating the taxes on a parcel that was added to the city’s taxes when it should not have been.

Crawford said the parcel is an old street right of way – and the current issue resulted from the realignment of 7th Street when a curve in the street was taken out.

County Auditor Terri Martens explained the issue to the Bulletin and Review:

She said she spoke to the attorney who filed a quit claim deed for KSL Convenience, LLC (at the corner of 7th Street and Avenue C in Denison); the deed was filed to assure clear title.

“The quit claim deed created an interloper, which is the City of Denison and KSL Convenience LLC, both owning at the same time,” she said.

An interloper is a grantor outside the chain of title on a deed or other document.

The property is the city’s and shouldn’t be taxed, Martens told the supervisors.

The taxes for the lot for the last fiscal year amounted to $96.

The supervisors voted 5-0, in two separate motions, to abate the taxes on both parcels.

“The Board of Supervisors approved the abatement and we are clearing up the ownership per the conversation with the attorney of KSL Convenience LLC,” Martens told the Bulletin and Review.

Watch Now: Why are there more floods?

Gross! An up-close look at the secret world of banana slugs

Gross! An up-close look at the secret world of banana slugs

Mass of Christian Burial for Luz Maria Jaime Sanchez, 53, will be conducted at 10:30 a.m. Saturday, September 18, at St. Ann Catholic Church in Vail.

At a number of meetings when the Denison School Board members discuss short- and long-range plans for facilities, the concept of a career acad…

Denison City Manager/City Engineer Terry Crawford spoke with the board of supervisors on Tuesday about abating two parcels of land in Denison. Photo by Dan Mundt

Pictured is the foundation and basement for the Homes for Iowa house project on Avenue C in Denison.