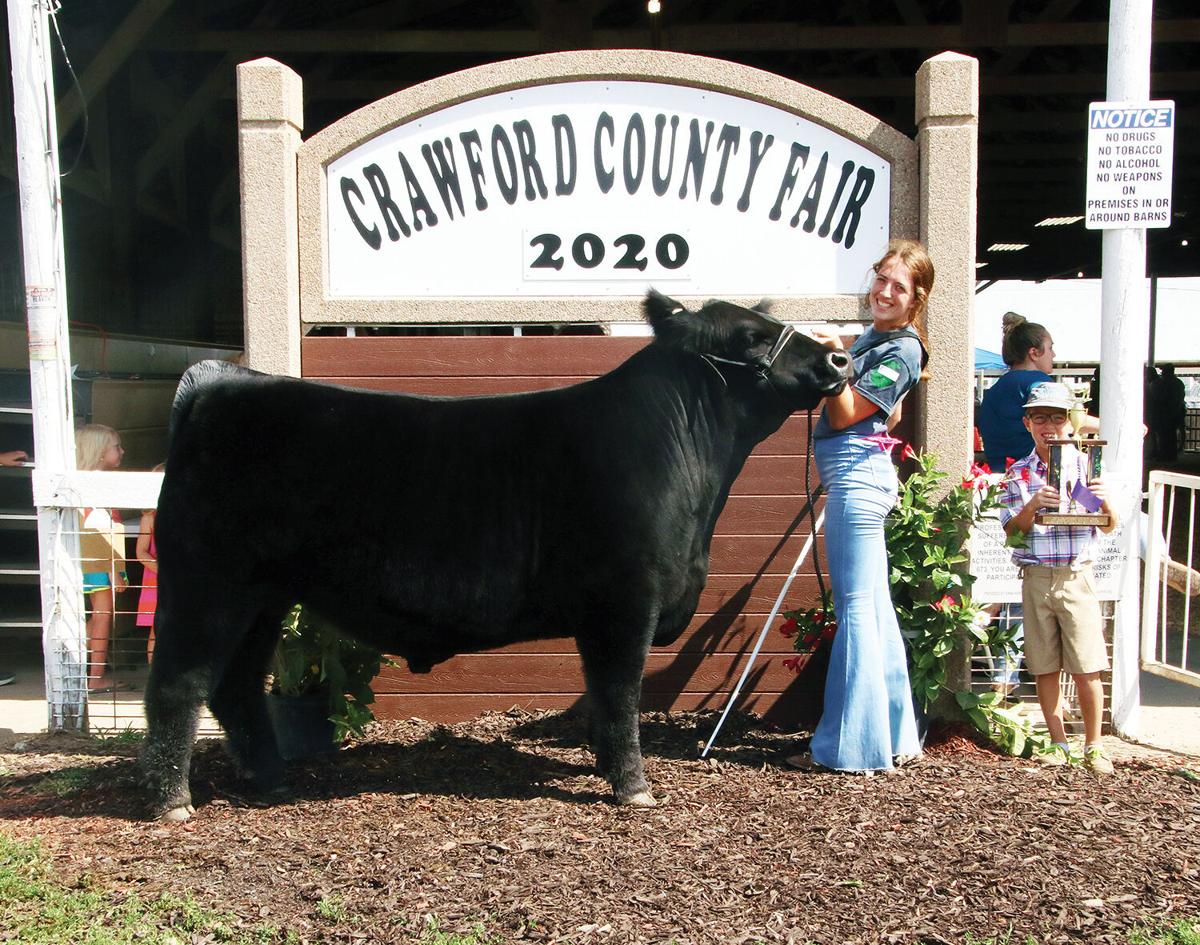 MaKenzie Smith with her steer. 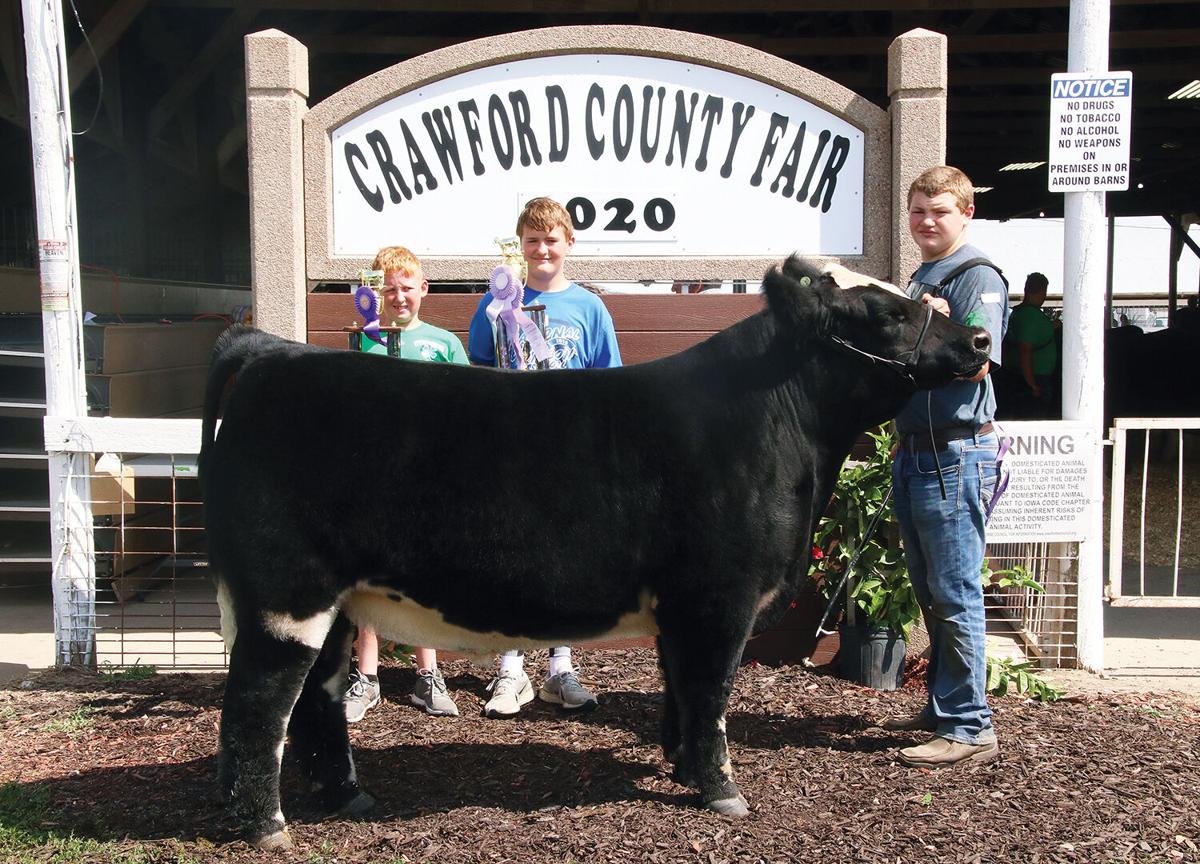 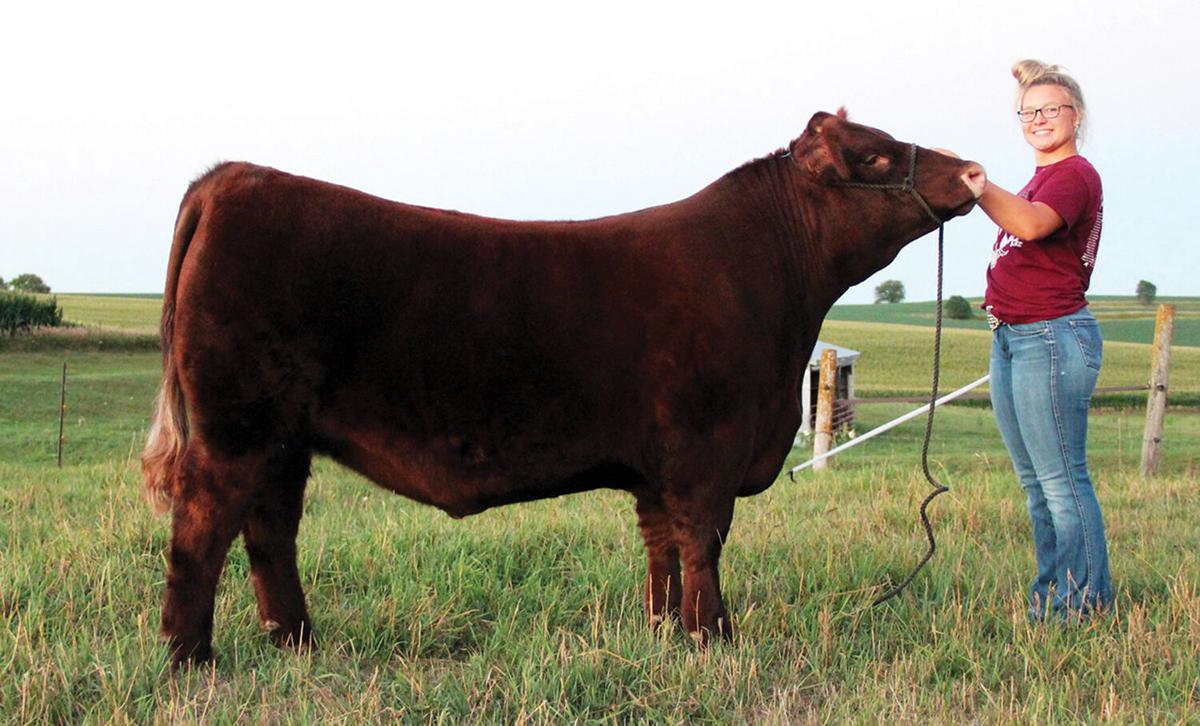 Renee Grimm with her steer, Bo.

It’s not unheard of for Crawford County to take two steers to the Governor’s Charity Steer Show (GCSS), a benefit for the Ronald McDonald Houses of Iowa.

This year, however, will be the first time that three Crawford County steers will be featured in the GCSS.

Two Crawford County families – the Smiths, of Charter Oak and the Von Glans, of Vail - will continue a tradition of having steers at the GCSS.

And Renee Grimm, daughter of Ken and Rhonda Grimm, of rural Audubon, will show a steer at the GCSS for her family’s first time.

A steer raised by Tyson Von Glan, son of Clint and Renee Von Glan of Vail, will be shown by Gov. Kim Reynolds, and MaKenzie Smith, daughter of Brent and Malisa Smith, of Charter Oak, will have her steer shown by Lt. Gov. Adam Gregg.

Renee’s steer will be shown by the Fautch family of Eldora.

MaKenzie’s three sisters and one brother have shown steers at the GCSS in the past, as have Tyson’s two brothers.

MaKenzie’s steer was the champion heavyweight at the Crawford County Fair beef show on Saturday. It was also selected as the fourth overall market animal.

Tyson was also the champion intermediate showman at the beef show.

Crawford County has been sending steers to the GCSS since 1998, at that time through the Northwest Iowa Cattlemen’s Association.

Beginning in 2011, the Crawford County Cattlemen’s Association and Tyson Foods started to sponsor a steer, and at that time were given the second spot in the GCSS.

MaKenzie’s steer for this year’s GCSS is again being sponsored by Nor-Am Cold Storage, in memory of Dale Lilleholm, and by the Crawford County Cattlemen’s Association.

Tyson’s steer is being sponsored by the Iowa Cattlemen’s Association and the Iowa Beef Industry Council.

Renee’s steer is begin sponsored by the Ronald McDonald House Volunteer Board.

In its 38-year history, the GCSS has been part of the Iowa State Fair, but since the state fair has been cancelled, the steers will be shown at the Jeff & Deb Hansen Agriculture Learning Center at Iowa State Fair on August 15.

The GCSS is organized by the Iowa Cattlemen’s Association and Iowa Beef Industry Council and raises money for the Ronald McDonald Houses of Iowa, which are located in Des Moines, Iowa City and Sioux City.

Since the Governor’s Charity Steer Show’s start in 1983, $3.8 million has been donated to the Ronald McDonald Houses of Iowa.

Note: Much of the history about the connection between Crawford County and the GCSS was presented by MaKia Smith at the Crawford County Cattlemen Association’s annual banquet earlier this year.

Over the weekend, Dr. Dennis Crabb, scoutmaster for Troop 55 in Denison, took part in ceremonies for the 79th and 80th scouts in his troop to …

Guns in the courthouse

People can tee off beginning tomorrow at the mini golf course at the Denison Aquatic Center.

CCMH shows a profit for the year; operational adjustments pay off

Shooting in Glenwood under investigation

July 31, Glenwood, Iowa - On July 30, the Glenwood Police Department responded to a shooting at 506 S. Locust St., Glenwood. Upon arrival, one…

After about 25 minutes of negotiations on Thursday afternoon, James Fishback came out of his home in rural Crawford County, near Manning, with…

MaKenzie Smith with her steer.

Renee Grimm with her steer, Bo.