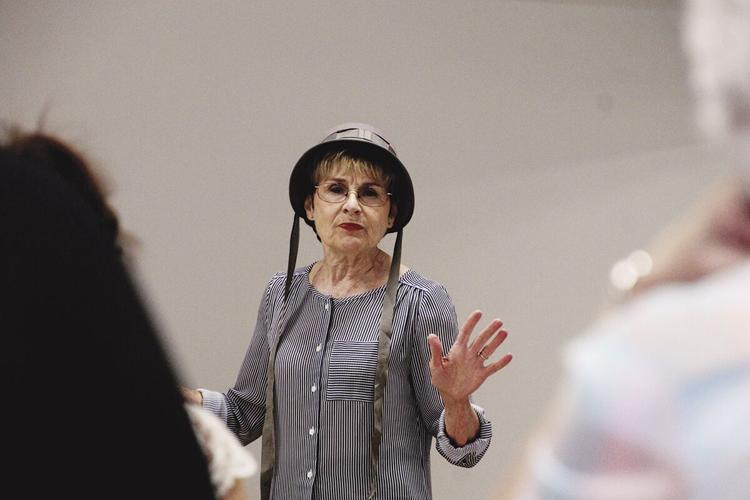 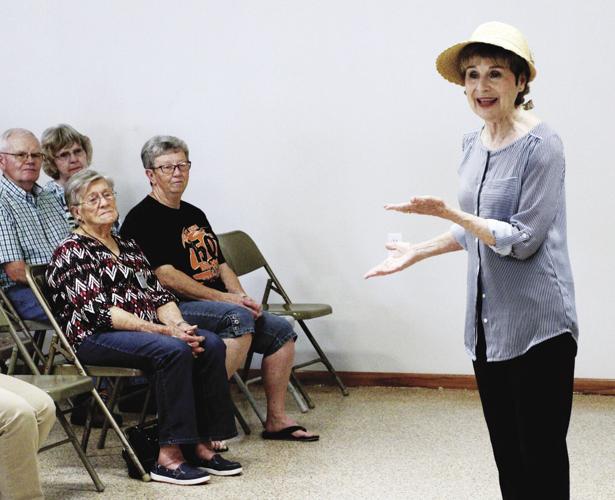 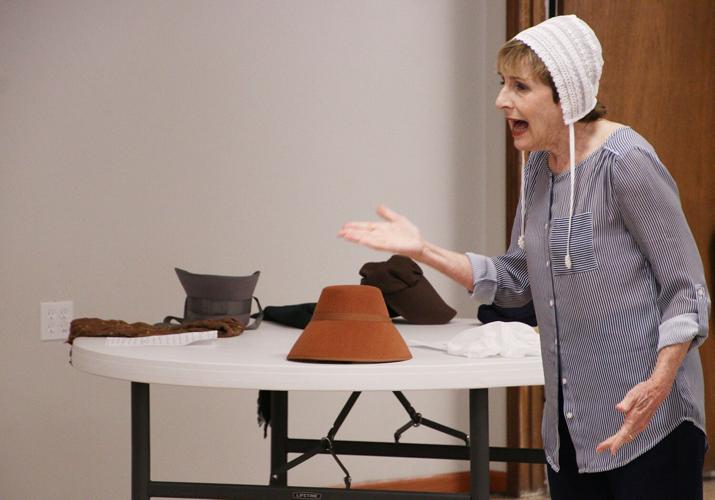 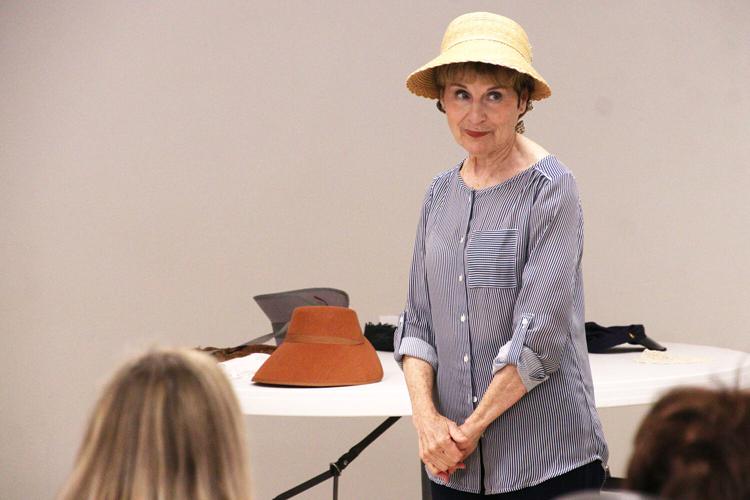 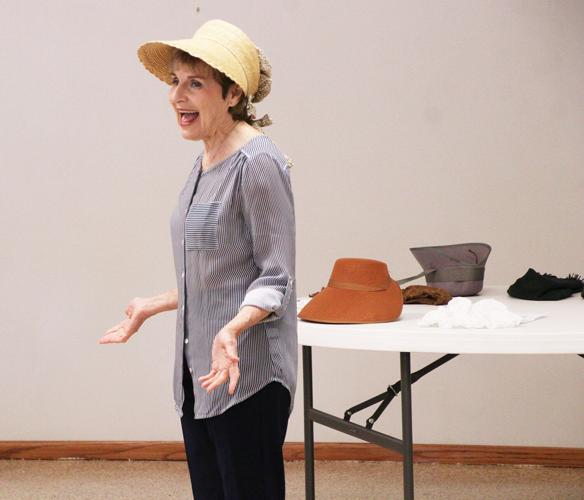 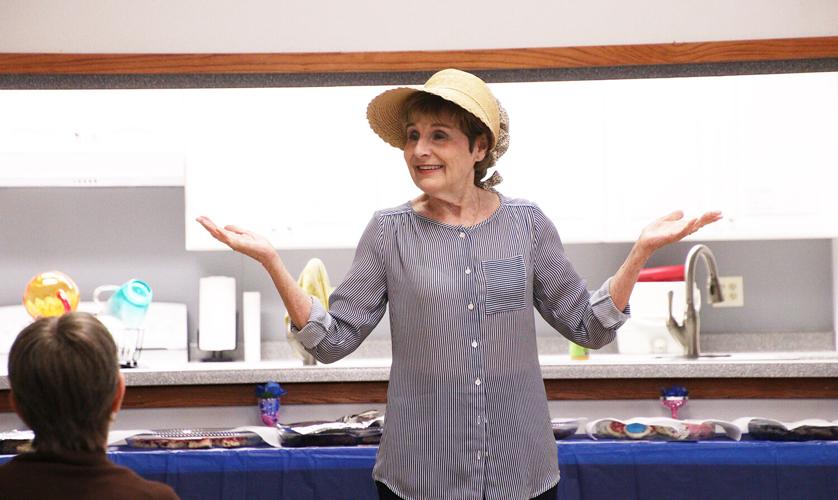 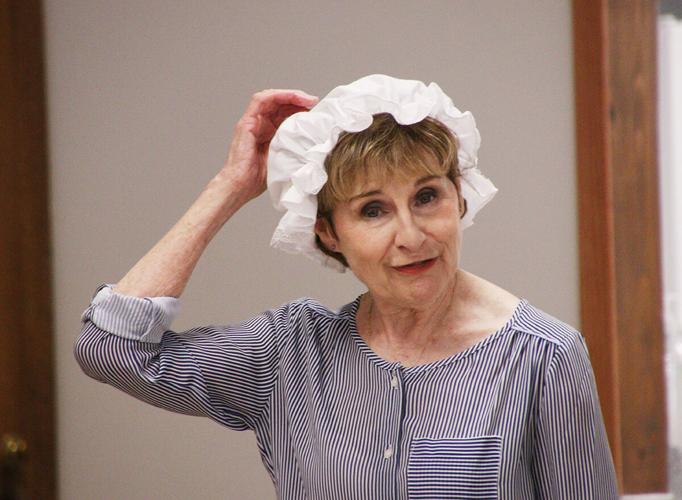 Actress Pippa White used a range of voices and expressions to portray women who played key roles before and during the Civil War during her performance of “Civil War Women,” at the Dow City Community Building. The program was sponsored by the Dow City Public Library.

Putting on a different hat or shawl, White took on the persona of women who were abolition speakers, nurses, a woman among the Richmond elite who was a spy for the Union, a woman who wore men’s clothing to serve in the Union Army, and Vinnie Ream, who as a young girl was recognized for her sculpture and sculpted a bust of president Lincoln while in office. After Lincoln’s assassination, Ream was also selected in 1866 to sculpt the statue of Lincoln that stands in the Capitol Rotunda. She was 18 at that the time of that commission.

White read a letter that had been written about an abolition speech given by Sojourner Truth, and she explained how Harriet Beecher Stowe, the author of “Uncle Tom’s Cabin,” came to be a published writer. Friends sent in stories she had written to a magazine and she was published. She used her first paycheck to buy a feather bed. After that, whenever the family needed some money to make ends meet, she would write another story and get it published.

Jack Webb, the manager of the water department for Denison Municipal Utilities (DMU), received a round of applause as his last board meeting c…

Jennifer Smith, who spearheaded a volunteer fundraising and labor project in 2019 and 2020 to renovate the mini golf course at the Denison Aqu…

Brings local knowledge to the job

Held, Rowedder reach milestones of service on Denison School Board

Council waives $2,400 in assessment fees for Boysen due to problems with sidewalk and construction

On Tuesday the Denison City Council approved the waiver of $2,400 in assessment fees for Roy Boysen in connection with the development and con…