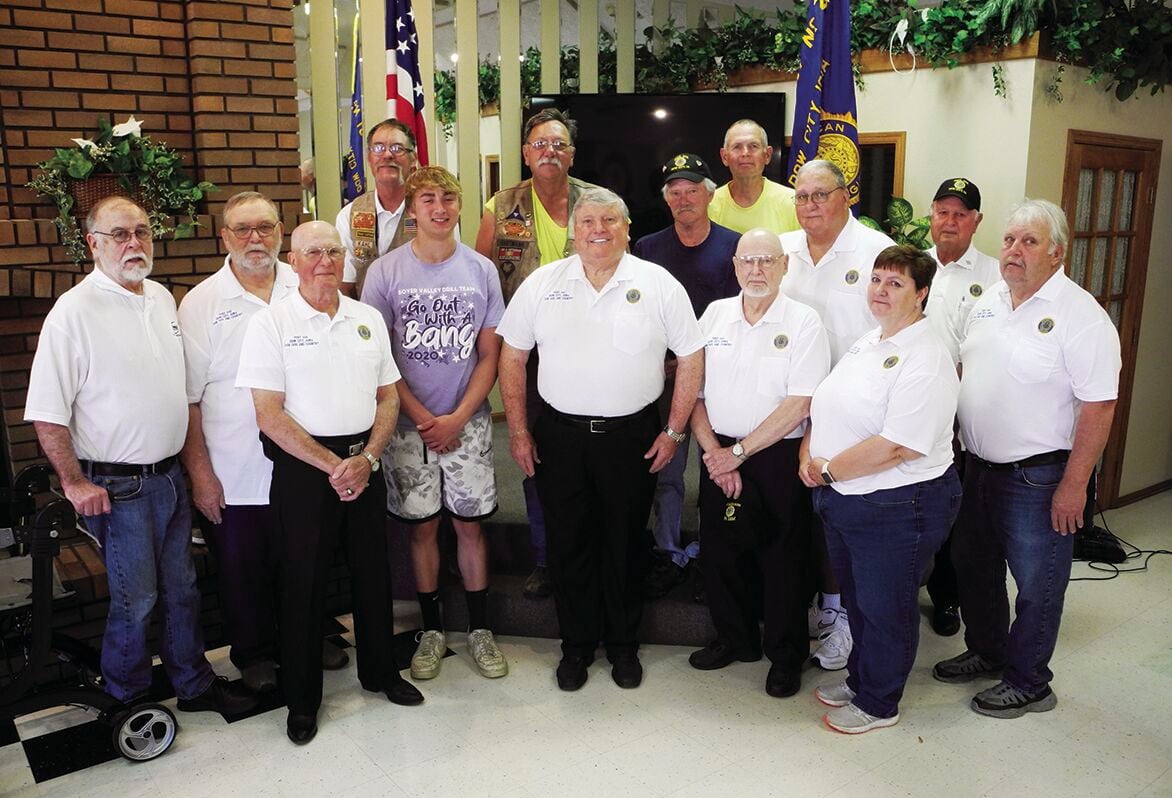 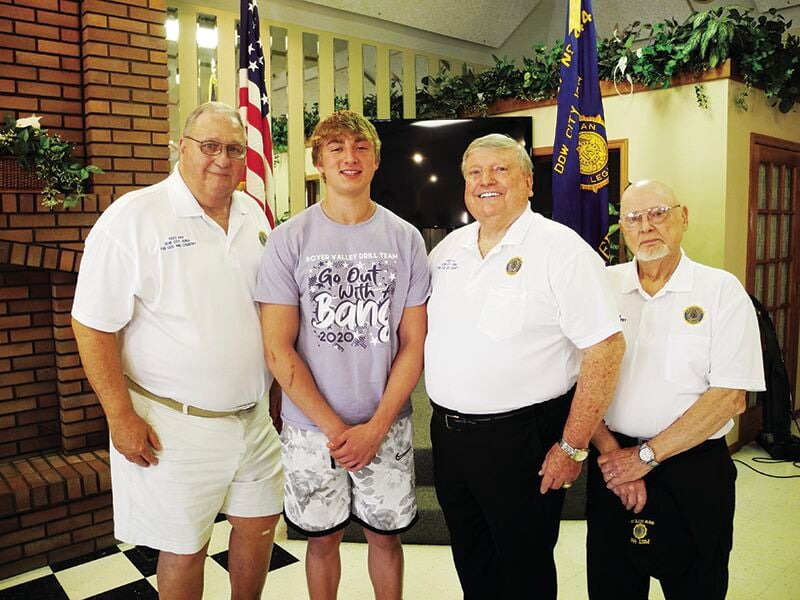 Dow City American Legion Post #444 honored its selection for Iowa Boys State at its meeting in the Brasel Hall on Tuesday night.

Trevor Malone and Carsan Wood are the high school juniors selected for the honor.

Malone is the son of Craig and Julie Malone and the older brother to a sister, Lauren. He will be a senior this fall at Boyer Valley High School where he is on the National Honor Society and plays football and basketball. After high school he plans to attend college to major in accounting.

Wood is the son of Chris and Julie Wood of Dow City. He is a legacy selection to Boys State; his father attended Boys State the summer of 1989. Wood will be a senior at Boyer Valley High School this fall. He is a four-sport athlete, participating in football, basketball, track and baseball. In his free time, he enjoys fishing and camping. He plans to attend a trade school after high school.

The American Legion of Iowa Boys State is a week-long, hands-on experience in the operation of the democratic form of government, the organization of political parties, and the relationship of one to the other in shaping Iowa government. Through the Boys State objective of learning by doing, delegates will learn about city, county and state government.

Boys State in Iowa will be Sunday, June 13-Friday, June 18 at the Camp Dodge Joint Maneuver Training Center in Johnston.

The tallest cliff in the Solar System is one steep drop

The tallest cliff in the Solar System is one steep drop

WH turns focus to getting under 30 vaccinated

WH turns focus to getting under 30 vaccinated

Psaki: The fight for voting rights 'is not over'

Psaki: The fight for voting rights 'is not over'

The boom is back: Red, White & Boom! is set for Saturday, July 3

Following a 2020 celebration that was limited to just fireworks at a drive-in setting due to the coronavirus pandemic, the 2021 Red, White &am…

Dustin Logan, who is the operations manager at the Anderson Denison Ethanol plant, was appointed to fill the vacant Ward 1 seat on the Denison…

The rain in Crawford County on Wednesday evening was beneficial to area crops, but cooler temperatures and the possibility of more rain next w…