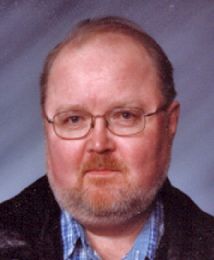 Paul David Fulwider October 25, 1950 - June 2, 2020 Paul David Fulwider age 69, died Tuesday, June 2, 2020 at the Crawford County Memorial Hospital, Denison, Iowa following a brief illness. Graveside services will be held 10:00 Saturday morning, June 20, 2020 in the Riverside Cemetery, Anamosa with Military Honors. Please sign his guestbook at www.goettschonline.com. Pastor Melody Williams will officiate at the services. Please practice all social distancing guidelines at the services. Goettsch Funeral Home, Anamosa has taken Paul David and his family into their care. Surviving are 2 daughters, Tina (Jim) Roman and Sarah (Dave) Campbell and 4 grandchildren, his sister, Linda Goodwin and his nephew Chris Goodwin, who he raised from 6th grade through graduation. He was preceded in death by his parents, and a brother Steven. Paul David Fulwider was born October 25, 1950 at Anamosa, Iowa. He was the son of Laverne and Margaret Tucker, Fulwider. Paul graduated from the Anamosa Community schools in 1969. He enlisted in the United States Air Force where he became a waste water treatment specialist. Paul David married Deborah Beck in 1982 with whom he had his two daughters. They later divorced. He married Christine Shields in 1987. Paul David worked for the city of Ames and later DeWitt as a Waste Water Specialist. In 2001 he became the waste water treatment specialist at Tyson Foods in Denison until it closed in 2015. Paul David enjoyed going to Rendezvous. He started in 1977 attending his first Rendezvous in Anamosa. He even incorporated that in his Masonic Life by becoming Beaver. He also enjoyed going to auctions and collecting antiques.

To plant a tree in memory of Paul Fulwider as a living tribute, please visit Tribute Store.