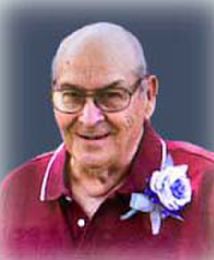 Arlen Gierstorf May 29, 1947 - April 10, 2020 Arlen Chris Gierstorf was born the eldest son of Wilbert and Lorraine Gierstorf on May 29, 1947, at the Ida Grove Hospital in Ida Grove, Iowa. He died Saturday, April 10, 2020, at the age of 72, at Methodist Jenny Edmundson Hospital in Council Bluffs, Iowa, following a brief illness. Arlen was raised on a farm near Ricketts in Morgan Township, Section 30 in Crawford County, Iowa. He was baptized on June 22, 1947, and confirmed in his faith on April 15, 1962. He attended country school at Morgan #9 from Kindergarten through 5th grade and then completed grades 6th through 12th in Schleswig. Arlen graduated from Schleswig High School in 1965. After graduation, he went on to serve in the Iowa National Guard as a member of the 1034th Quarter Master, 734th Ordinance, and the 133th Infantry Division from 1966 to 1972. On June 21, 1969, Arlen was united in marriage to Janice Edaline Boettger at Zion Lutheran Church in Denison, Iowa. They made their home near Schleswig where they farmed until 1992. After retiring from farming, Arlen went on to be an insurance crop adjustor and also worked for Crawford County Conservation, Farm Service Coop, American Protein, Boyer Valley, Farmland and Job Corps. Arlen enjoyed family gatherings, attending his grandchildren's activities, playing cards with friends, fishing at local area ponds, reading about antique tractors and enjoyed learning about historical events. Arlen is preceded in death by his parents, Wilbert in 1978, Lorraine in 2015 and stepfather Chester in 2010; his father-in-law Art in 2012; and his mother-in-law Edaline in 2017. Survivors include: his wife of 50 years, Janice; two sons, Donavon and wife, Stephanie,and Colin and wife, Alaina; two daughters, Tara and husband Todd, and Megan; ten grandchildren: Shelby (Justin), Emily, Madison (Francisco), Caitlyn, Morgan, Crysta, Josie, Daniel, Jacee and Alex; two great-grandchildren, Daizie and McKenna; brother, Verdean; two sisters, Janet, and Darlis and her husband, Steve; one brother-in-law, Jerry and his wife, Patti; two sisters-in-law, Joyce and her husband, Curt, and JoAnn and her husband, Fred. Private Funeral Services were held 10:00 A.M., Wednesday, April 22, 2020, at the Huebner Funeral Home in Denison, Iowa. Rev. Kurt Kaiser officiated the service with interment in the St. Paul Lutheran Cemetery, Hanover Township in Charter Oak, Iowa. Music selections included recordings of "What a Friend We Have in Jesus" by Alan Jackson and "On Eagles' Wings" by Josh Groban. Family members served as pallbearers. The Huebner Funeral Home in Denison was in charge of arrangements.

To plant a tree in memory of Arlen Gierstorf as a living tribute, please visit Tribute Store.