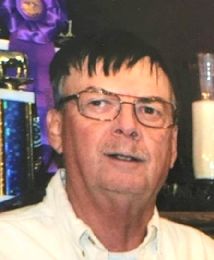 Kenton Robert Gruhn January 15, 1953 - June 4, 2020 Kenton Robert Gruhn, better known as Kent, was born on January 15, 1953, the youngest son of Norman and Doris (Phillips) Gruhn. Kent was baptized in the Presbyterian Church in Manilla. He attended school at the Manilla Community School, through his junior year. Kent was raised on a farm east of Manilla. He was a typical farm boy. He enjoyed hunting, riding his stubborn Shetland pony when the pony allowed. Several times Kent ended up walking home, to the waiting Shetland pony, who had "dumped" him off. He never had another horse after that. Kent lost his dad at the young age of 10 years. His uncle Robert Phillips and his step-dad Larry Witt stepped in to help Kent become the responsible young man that he was. Kent and Larry helped each other with their farm work. He and Robert baled many thousands of bales of hay and straw throughout every summer. He also worked for his uncle Lyle Gruhn at the Super Cross seed corn business. Kent graduated from Mercer High School, Mercer, Pennsylvania in June of 1971. Kent and Sandi Backhaus were united in marriage on September 18, 1970, in Mercer, PA. They became the parents of three children: Julie, Jacie and Jeffrey. They farmed the family farm until 1984 when they moved to Manilla, and rebuilt the burned out Chevy Garage and opened Northwest Welding. Jeff was born and basically raised at the shop, and was well taught by his dad. If Kent was asked where he went to school to learn his trade he always commented "The School of Hardknocks." Some who asked the question also asked, "Where is that?" Kent died on Thursday, June 4, 2020 at Select Specialty Hospital in Omaha, Nebraska. He was 67 years, 4 months and 18 days of age. He was preceded in death by his father Norman Gruhn; Step father Larry Witt and Mother in Law Irene Backhaus. Kent is survived by his wife, Sandra Gruhn of Manilla; children: Julie and husband Eric Monson of Irwin; Jacie and husband Darren Hulse of Aurora, Illinois; and Jeff Gruhn of Manilla; three grandchildren: Courtney Monson, Christopher Monson and Hayden Hulse; Mother, Doris Witt of Manning; Sister Krista and husband Mike Ketchum of Sac City; brother Brian Gruhn of Cedar Rapids; other relatives and friends. www.ohdefuneralhome.com

To plant a tree in memory of Kenton Gruhn as a living tribute, please visit Tribute Store.