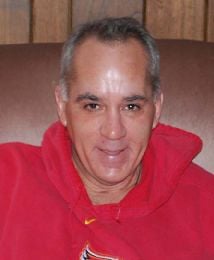 Joseph Edwin Maher March 22, 1959 - May 23, 2020 Joseph Edwin Maher was born March 22, 1959 to Edwin Clarence Maher and Kathleen Rosemarie (Weides) Maher at St. Anthony's Hospital in Carroll, Iowa. Joe passed away suddenly from complications of an intestinal surgery on May 23, 2020 at Avera McKennan Hospital & University Health Center in Sioux Falls, South Dakota. He attained the age of 61 years and 62 days. He was raised on the family farm north of Manilla, Iowa. He attended Manilla Community Schools through the 8th Grade and then attended Kuemper Catholic High School in Carroll, IA graduating with the class of 1977. Joe struggled bravely with mental illness much of his life. He lived several places including Colorado, Nebraska and Iowa. At the time of his death, he was residing at The Pride Group in Primghar, Iowa. Joe loved attending family gatherings, and visiting with extended family and friends of family. He loved listening to music, painting at times, playing bingo and cards. He was often bold with his card hands and was never reluctant to go it alone. Whenever any of us visited Joe, he would usually suggest meeting around lunch time. Joe always enjoyed good food and usually knew the best places to eat wherever he was living. His favorite foods included fried chicken or a hearty piece of steak. Joe always found room for dessert and seconds too. Joe enjoyed a good meal and sharing one with him lifted everyone's spirits. Joe had the infectious Maher "Machine Gun" laugh that everyone loved. Joe had a smile that would light up a room. Sometimes he liked to test the room with something a bit outrageous to see if he could get a reaction. He usually could not contain his smile from giving his real intentions away. Joe enjoyed a good conversation, was a deep thinker and very caring. Joe liked to reminisce about high school and growing up on the farm. He loved the farm and working with his father and learning the business of raising hogs. Joe was preceded in death by his parents, Edwin and Kathleen Maher, a nephew Flynn Michael Day Maher and a great niece Mikayla Neumayer. Joe was survived by six sisters, Jean Cornelius of Denison, Iowa, Susan Sedlak and husband Bob of Omaha, NE, Sharon Hoffman and husband Denny of Vail, Iowa, Mary Jane Durand and husband Richard of Omaha, NE, Marian Maher of Mill Valley, California, and Rosemary McDermott and husband Mitch of Sarasota, Florida, and one brother John Maher and wife Nicola of Theydon Bois, UK. He is also survived by many nieces and nephews, great nieces and nephews, other relatives and friends. The family is requesting that in lieu of flowers that memorials be made to the National Alliance on Mental Illness (NAMI). Donations can be made online at https://www.nami.org/About-NAMI/Donate-to-NAMI. Private Family Services were held 1:00 P.M., Saturday, May 30, 2020, at Huebner Funeral Home in Denison, Iowa. Fr. Randy Schon officiated the service with interment in the St. Ann Catholic Cemetery in Vail, Iowa. Serving as lectors were Caressa Kiichler and Becky Cornelius. Music selections included "Fly Like a Bird" by Ken Canedo and "May the Road Rise to Meet You" by Lori True. Serving as honorary pallbearers were Becky Cornelius, Joan Cornelius, Rachel Green, Hanna Vanderloo, Karen Cornelius, Amy Hoffman, Kaitlin McDermott, Caressa Kiichler, Elizabeth Villarreal, Henry Maher, Lydia Maher, Meara Sedlak, Haley Hoffman, Imogen Maher, Nola Maher and Lucy Maher. Serving as pallbearers were Patrick McDermott, Matthew Durand, Sean McDermott, Michael Durand, Kevin Cornelius and Nick Hoffman. The public was invited to attend Graveside Services immediately following the service at St. Ann Catholic Cemetery in Vail.The Huebner Funeral Home in Denison was in charge of arrangements.