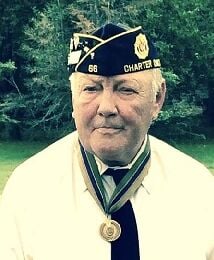 Dennis Gene Moeller June 14, 1948 - May 26, 2020 Dennis Gene Moeller was born June 14, 1948, in Battle Creek, Iowa, the son of George and Elvera Schultz Moeller. He passed away at his home in Petersburg, Nebraska, Tuesday, May 26, 2020, at the age of seventy-one. Dennis was baptized into Christ July 9, 1948, and confirmed his faith at St. Paul Lutheran Church, Hanover Township, Charter Oak, Iowa. Dennis received his education and graduated from Schleswig High School with the class of 1966. Having a strong desire to learn, he furthered his education at the National Electronics Institute in Denver, Colorado, where he graduated November 3, 1967, as a Senior Electronics Technician. Shortly after receiving his degree Dennis was drafted at which time he chose to utilize and further his electronics training by enlisting in the United States Army on March 14, 1968 as a Radio Relay and Carrier Op. In November of 1968, he successfully completed and received a diploma from the US Army Southeastern Signal School for Radio Relay and Carrier Repair Course. While serving his country Dennis was stationed in Germany until receiving notice in May of 1970 to serve his country in Vietnam. He proudly served his country until he returned and was honorably discharged March 5, 1971, as an SP 5 and transferred to the Army Reserves. Dennis received the Army Commendation Medal on March 1, 1971. Dennis was united in marriage to Wanda Anderson September 2, 1972, at St. Paul Lutheran Church, Hanover Township. They resided on a farm near Charter Oak, where Dennis was a grain and hog farmer who had a passion for horses. Dennis attended Western Iowa Tech Community College in Sioux City, Iowa, and received a diploma in Farm Management on August 4, 1978. He was hard working, very detail oriented, and thoroughly loved farming. He was active in the Boy Scouts, serving as Scout Master for his son's Troop. He later became a District Commissioner and a Vigil member of the Order of the Arrow. During this time he studied Native Americans and their traditions, developing a passion to create their beaded necklaces and head dresses. In recognition of his contributions to Scouting, the Iowa American Legion awarded him the Adult Scout of the Year in 1997. Ornery at times, Dennis liked to have fun and laugh. The sign in the kitchen that read "sit long talk much" was Dennis to the core. He was a great storyteller and enjoyed talking with everyone. He also loved hearing stories about his grandchildren. He enjoyed discussing and following politics and was an avid gun collector. Dennis loved the Fourth of July, going to Lake View for picnics and staying to watch the fireworks. He would often take his family to Crawford Creek in the summers. He was always as, if not more, excited than the kids during Christmas and family gatherings. Dennis taught his children how to take pride in what you do and he always wanted what was best for those close to him and would help you be or become your best. Dennis was preceded in death by his parents, George and Elvera Moeller; one brother, Larry Moeller and one sister, Connie Moeller. Survivors include: two daughters, Nikki and her husband, Paul of Westminster, Colorado, and Allison and her husband, Dustin of Olathe, Kansas; one son, John Moeller and his wife, Sarah of Albion, Nebraska; seven grandchildren: Reese of Westminster, Colorado, Dylan and Aubrey of Olathe, Kansas, McKenna, Lucas, Isabella and Cora all of Albion, Nebraska; two brothers, Marc and his wife, Shari of Mt. Pleasant, Iowa, and Louis of Atkins, Iowa; one sister, Carla Schmidt and her husband, Bob of Pierre, South Dakota; nieces, nephews, other relatives and friends. Private Family Services were held 9:00 A.M., Thursday, June 4, 2020, at Huebner Funeral Home in Denison, Iowa with Rev. Robert Hines officiating. Music selections included "A Mighty Fortress is Our God" and "Holy, Holy, Holy." Serving as honorary pallbearers were Aubrey Williams, McKenna Book, Isabella Moeller, Cora Moeller and Reese Hopper. Serving as pallbearers were SGT. Dylan Benischek, Dylan Williams, Peter Moeller and Lucas Moeller. Military Honors were members of the Denison American Legion Post 8. Interment was in the Omaha National Cemetery in Omaha, Nebraska. The Huebner Funeral Home in Denison was in charge of arrangements.

To plant a tree in memory of Dennis Moeller as a living tribute, please visit Tribute Store.