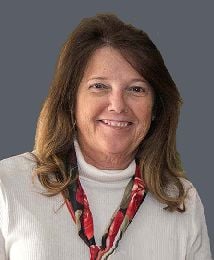 Rhonda Sue Nemitz January 9, 1960 - May 22, 2020 Rhonda Sue (Maack) Nemitz was born on January 9, 1960, at the Crawford County Memorial Hospital in Denison, Iowa, to Ronald and JoAnn Maack. She passed away Friday, May 22, 2020 at her home near Kiron, at the age of sixty. Rhonda grew up in the Charter Oak area. She was confirmed at St. John's Lutheran Church in Charter Oak in 1974 and graduated from Charter Oak- Ute High School in 1978. After high school, Rhonda graduated with a B.S. in Business Administration from Morningside College in 1982 and started working for Franck, Mundt, Nepper and Franck Law Office in Denison. On June 26, 1982, Rhonda was united in marriage to Robert Klein at St. Patrick's Catholic Church in Dunlap and they resided in the Charter Oak area. Robert and Rhonda were blessed with a son, Matthew. In December 1983, Robert passed away. On September 3, 1988, Rhonda was united in marriage to Barry Nemitz and later moved to their current farm near Kiron where they were blessed with two sons, Evan and Dane. Rhonda continued working at the law firm for 34 years. She also served on the Schleswig Community School District School Board for almost 20 years, most of which as President. Rhonda loved the farm, and she often could be seen tending her many flower beds where she showed off her green thumb. During the summer months, she enjoyed going on walks with her two dogs, Molly and Daisy. Rhonda enjoyed RAGBRAI as well as many other bike rides around the area. She also enjoyed any kind of traveling and riding along in the semitruck with Evan. Come Saturdays in the fall, you could find her headed to Iowa City to cheer on her Iowa Hawkeyes, often with Jack and Charlotte Johnson & Trevor. Rhonda would spoil her grandkids every opportunity she could as she loved spending time with them and taking them on trips. Holidays were always special with all the presents and love that Rhonda gave her grandchildren. "Where's Meema?" was always the first question when Rhonda wasn't there to let them in the house. Rhonda is survived by her husband, Barry; three sons, Matt (Mary) and their children Eleanor and Adelaide, Evan Nemitz and his children, Eli and Gracyn, and Dane; close nephew, Trevor; her parents, Ronald and JoAnn; one sister, Deb (Jon); nephew T.J. and niece Dr. Brianna and fiancé Dr. Colton; mother-in-law, Delores; brother-in-law, Scott; sister-in-law, KLynn; niece, Kristin; other relatives and friends. Private Family Services were held 2 P.M., Wednesday, May 27, 2020, at Huebner Funeral Home in Denison, Iowa. Fr. Richard Ball officiated the service with interment in the Morgan Cemetery in Schleswig, Iowa. Music selections included "On Eagles' Wings" by Josh Groban, "Humble & Kind" by Tim McGraw and "How Great Thou Art" by Anne Murray. Serving as honorary pallbearers were Eleanor Klein, Adelaide Klein, Eli Nemitz and Gracyn Nemitz. Serving as pallbearers were Mike Friedrichsen, LoWayne "Doc" Bockelmann, Michael Mundt, Jack Johnson, Russ Maack and Kevin Klein. The Huebner Funeral Home in Denison was in charge of arrangements.

To plant a tree in memory of Rhonda Nemitz as a living tribute, please visit Tribute Store.