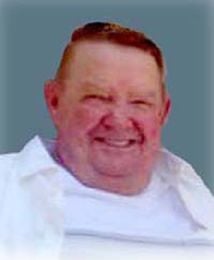 Douglas "Duke" Larry Rosburg June 25, 1942 - July 27, 2019 Douglas "Duke" Larry Rosburg of Cape Canaveral, Florida, was born June 25, 1942, in Charter Oak, Iowa, the son of Edwin and Selma Rosburg. He passed away July 27, 2019, at Holmes Regional Hospital in Melbourne, Florida, at the age of seventy-seven. Duke received his education at St. John's Lutheran School and Charter Oak High School. He was employed in management at Iowa Beef Processors in Denison and Fort Dodge, Iowa before he and his wife BJ moved to Florida. While in Florida he proudly received his G.E.D. through Daytona Beach Junior College. Duke was united in marriage to Carol Keating and later married Betty Jean (BJ) Backer. Duke was a hard working and dedicated man that knew every floor of a packing house. He loved to socialize and look in on friends. He never met a stranger and you always knew where you stood with him. He was easy to talk to and was a loyal friend. As a young man, he loved to sing, dance and play cards. He also loved taking time every fall to haul cattle from out west. In his later years, Duke loved tending to yard work and his vegetable garden; he especially enjoyed grooming the hedges of his condominium complex. He also enjoyed fishing and shopping for grocery bargains. Duke would often spend his days in his garage tinkering and watching old western shows on his television. He was a devout Green Bay Packers fan and proudly wore his green and gold. Duke wasn't a very emotional man but if he told you he loved you, you could take that to the bank. He was incredibly proud and often spoke to his friends about his children, grandchildren and great-grandchildren about their many accomplishments. Duke was preceded in death by his parents, one brother, Vernon; and son-in-law Aaron. Survivors include: his wife, BJ; two sons, Ty and his wife, Natalie and Troy and his wife, Kelly; one daughter, Tani and her fiancee , Carlos; three stepchildren, Kimberly and her husband, Tom; Jill and her husband, Rob; and Rusty and his wife, Sherri; six grandchildren; nine step-grandchildren; five great-grandchildren; eleven step-great-grandchildren; one step great-great-grandchild; one brother, Edward and his wife, Dorothy; one sister, Sally Ann; along with other relatives and friends. Memorial Services were held 4 P.M., Friday, August 30, 2019, at St. John Lutheran Church in Charter Oak, Iowa, with Rev. Richard Merrill officiating the service. Organist Marjorie Neddermeyer provided accompaniment for congregational hymns "Amazing Grace," "The Old Rugged Cross" and "How Great Thou Art." Serving as honorary pallbearers were Cambri Brodersen Thomas Ascherl, Shawntel Brockman, Carter Brodersen, Erica Brockman, Natalie Brockman, Zachary Rosburg, Khael Rosburg, Joshua Rosburg, Faith Rosburg, Kate Ascherl, Danielle Storm, Nicole Backer, Jeff Larson, Nick Ascherl. The family invited everyone to remain at the church for fellowship and lunch provided by the LWML and catered by Staley's. The Huebner Funeral Home was in charge of arrangements.

To plant a tree in memory of Douglas Rosburg as a living tribute, please visit Tribute Store.