Keegan Murray, right, poses for photos with NBA Commissioner Adam Silver after being selected fourth overall by the Sacramento Kings in the NBA basketball draft, Thursday, June 23, 2022, in New York. 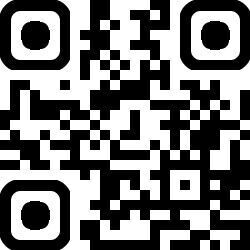 LOOK: To see additional photos of Keegan Murray, point your smartphone camera at the QR code, then tap the link.

The Hawkeyes' consensus All-American was selected by the Sacramento Kings with the fourth pick in the opening round of the NBA draft, the highest draft pick ever for an Iowa player.

Murray, the first Hawkeye to be chosen in the opening round since Ricky Davis in 1998, slipped into a Kings hat as he took the stage at the Barclays Center and shortly after expressed appreciation for the opportunity.

"It's just special, growing up 20 minutes from campus this is a dream come true," Murray said in an interview with ABC following his selection.

Before Thursday, the highest drafted Hawkeye was Fred Brown, chosen by Seattle with the sixth pick in the 1971 draft.

The 10th Hawkeye chosen in the first round of the draft said that Sacramento had selected "a winner."

Murray, who will earn a rookie salary of approximately $6.5 million with his spot in the draft order, went on to say that he believes he has a lot of room to grow his game.

"I'm excited to do that," said Murray, who had only one scholarship offer coming out of high school at Cedar Rapids Prairie.

He turned the offer from Western Illinois down and spent the following year refining his game at the DME Academy in Florida before signing with Iowa.

Murray was accompanied during his post-draft interview by his father, former Hawkeye Kenyon Murray.

"I'm proud of him, proud of his brother (Kris Murray)," Kenyon Murray said. "They both put a lot of work into it. A lot of people doubted them when they signed with Iowa. I'm truly so proud."

Murray enjoyed the a breakthrough sophomore season with the Hawkeyes, leading Iowa to a 26-10 record and a Big Ten tournament title with averages of 23.5 points and 8.7 rebounds per game.

He ranked fourth nationally in scoring, establishing an Iowa school single-season record with 822 points, and joined Kevin Durant as the only players nationally in the last 30 years to collect more than 800 points, 50 blocks and 50 3-point baskets in a season. Durant accomplished that feat during the 2006-07 season for Texas.

U.S. swimmer rescued by coach after fainting at world championships

Keegan Murray, right, poses for photos with NBA Commissioner Adam Silver after being selected fourth overall by the Sacramento Kings in the NBA basketball draft, Thursday, June 23, 2022, in New York.

LOOK: To see additional photos of Keegan Murray, point your smartphone camera at the QR code, then tap the link.