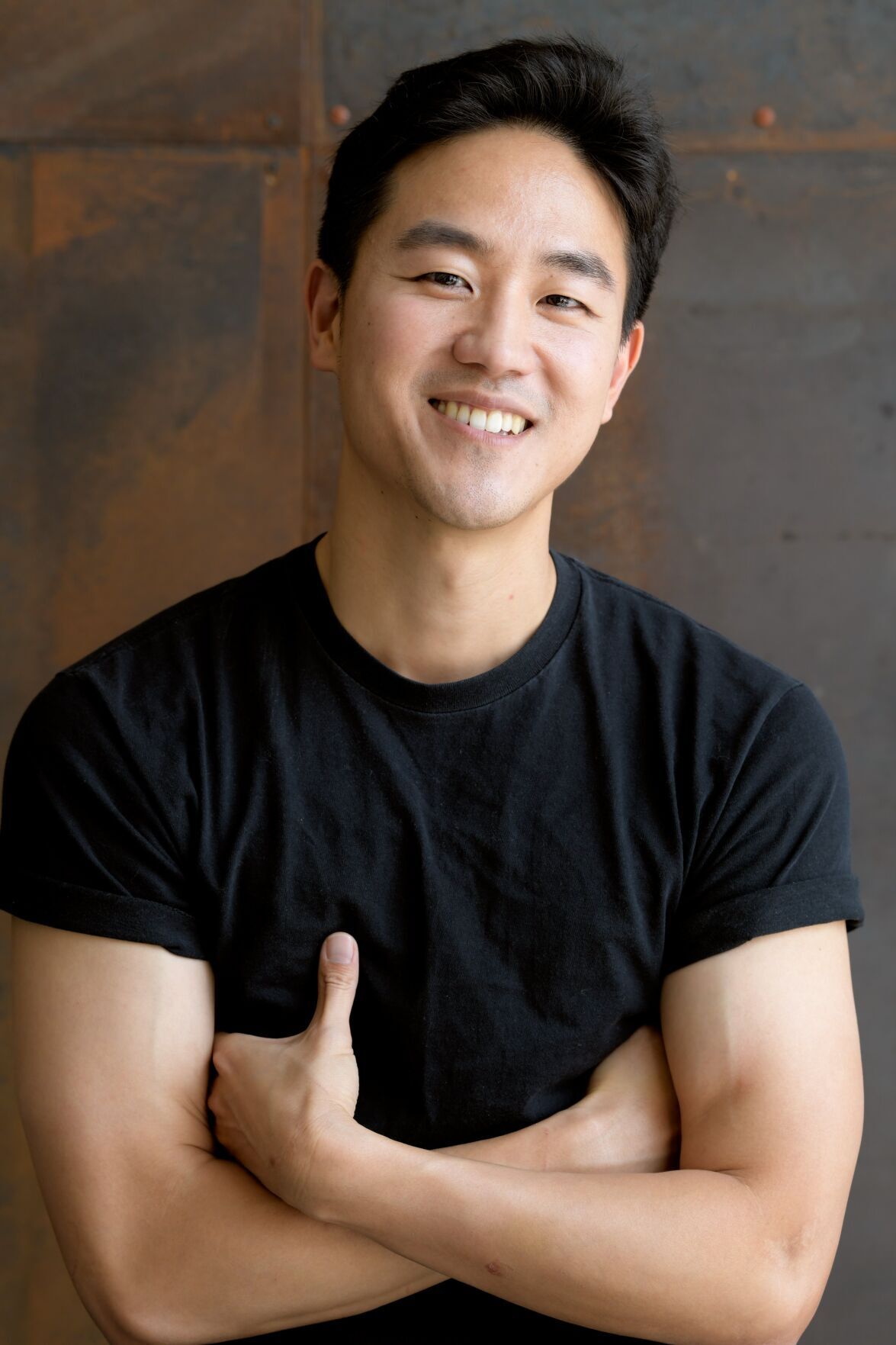 “Cobra Kai” actor Joe Seo said there are better roles available for Asian American actors than a decade ago, but there’ s still a lot of work to be done. 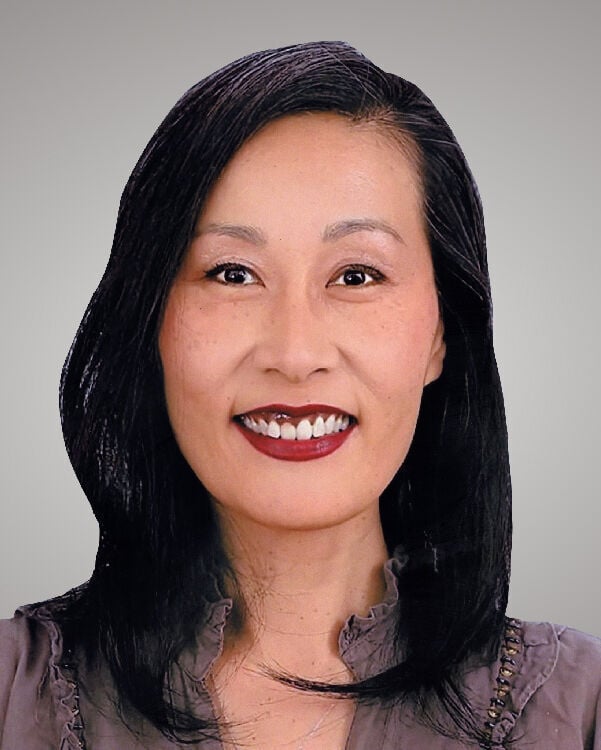 One of Joe Seo’s goals as an actor has been to portray well-rounded characters that aren’t Asian stereotypes. Born and raised in California, Seo said one of the reasons he loves his role as Kyler – the school bully who’s a wrestler, not a martial arts expert – on “Cobra Kai,” is because it’s such a different role for an Asian American man. “It goes against the grain of the way Asians are portrayed,” he said from Atlanta, where he was working. “I jumped at this opportunity and thank the producers for trying to push the envelope.” The winner of Sundance’s Dramatic Special Jury Award for Breakthrough Performance for his portrayal of a gay teenager in "Spa Night," Seo recently was a guest speaker at Georgia Tech, where he talked about Asian American representation in the media. Fans may interact with him on Instagram (https://www.instagram.com/joejoeseo/) and Twitter (https://twitter.com/Seonoopy).

Q: This pandemic has been rough. What would you tell people who are struggling?

A: As BTS said, love yourself. It’s so important to acknowledge that we deserve to be loved. It starts from there and then we can address everything else. Asian Americans especially seem to have a tough time with this. All I know is that I am open to helping out our community in any way, whether it’s talking about mental illness and depression or representation.

Q: So many Asian Americans started their careers overseas, because they couldn’t find work in the U.S. What was it like for you?

A: At the beginning of my career, I did want to go to mainland Asia to pursue work. (Asian actors) there could pursue anything, whether it be an athlete, lawyer, president or janitor. In America, it was so limited. It’s getting better, but it’s still not that good. There are a lot of I.T. or asexual roles for Asian dudes.

Q: What are some of your memories of working in Asia?

A: There was a completely different vibe working in China, Japan and Korea. In China and Japan, they viewed me as a Korean guy. But in Korea, no one saw me as a full Korean, because I did have a thick (American) accent. So I couldn’t really break into a lot of the roles that I wanted. When I came back to America, I was told I was too Asian for a leading role. I felt like I had no country or place. But I had so much fun, too. Korea is like New York on steroids. The food is amazing. The nightlight is great. Everything is open at all hours. And it’s so safe!

Q: Did you grow up bilingual?

A: Korean was my first language because of my grandma’s input and then English was my second language. Then later in life, English was my main language and then Spanish. By that point, I couldn’t even say a whole sentence in Korean. After I fell in love with Korean films like Park Chan-Wook’s “Oldboy,” I started to relearn Korean, because I wanted to pursue all options. I studied on my own.

Q: Languages are so difficult to learn as adults. What kind of studying did you do?

A: I watched a lot of Spanish and Chinese films that were subtitled in Korean. Then I had to learn how to read Korean to understand what was going on. That’s kind of how I learned Korean again – subtitles.

Q: If you had travel plans for 2020 and had to cancel, where were they to?

A: I was going to go to Europe and Japan and maybe Korea. Me and a few of the cast members of “Cobra Kai” were planning on going. It would’ve been fun.

Q: Where would you like to go that you have never been to before?

A: I would love to go to Europe. I’ve never been to South America. I’d like to go anywhere. I love different cultures and seeing how different and alike people are. And I love food. Eating food from different areas is a lot of fun as well.

Q: What kind of family trips did you take as a child?

A: I was born in San Francisco, so we would come down to Los Angeles to visit relatives. Later, when we moved to L.A., we went up to San Francisco to visit. Those are the kinds of road trips I remember – up and down California mostly. One of the great things about California is all the terrains. You can get from the beach to snow in a day. We also took trips to Yosemite or even to Mammoth to ski and snowboard.

(Jae-Ha Kim is a New York Times bestselling author and travel writer. You can respond to this column by visiting her website at www.jaehakim.com. You may also follow “Go Away With…” on Twitter at @GoAwayWithJae where Jae-Ha Kim welcomes your questions and comments.)

Caroline Lupini didn’t just break a world record, she smashed it out of the park. In May 2021, Lupini became the first documented woman to fly a small, piston-engine aircraft to all 49 states, and with her flight instructor Chauncey Crail, also set a new record for the fastest time through the lower 48 states—a […]

The days of bargain basement airfares are ending as the U.S. vaccine supply unleashes a wave of pent-up travel demand.

Measures such as wearing a mask are important for immunocompromised travelers who may not have had a normal response to a COVID-19 vaccine.

Ed Perkins on Travel: Airport lounge in your future?

Capital One and Chase both just announced that they're entering the airport lounge business. Capital One will start with locations in Dallas-Ft. Worth and Washington/Dulles; Chase at Boston; both probably opening in 2022, and both programs planned for additional big-airport locations. These big card issuers follow American Express, which already operates Centurion and American Express Lounges at 27 big airports worldwide and plans for a handful more.

Everyone’s going to Hawaii, and the resorts aren’t ready

After a record visitation year in 2019, the coronavirus pandemic brought Hawaii’s tourism industry to a screeching halt, delivering both residents and the environment a much-needed breather. Now, tourism has roared back—almost too loudly. For the week spanning June 1-8, the state saw 2,000 more arrivals than it did in the same period in 2019. Standard room rates at luxury resorts are pushing ...

“Cobra Kai” actor Joe Seo said there are better roles available for Asian American actors than a decade ago, but there’ s still a lot of work to be done.